Paisa has delivery service, from our kitchen to your door 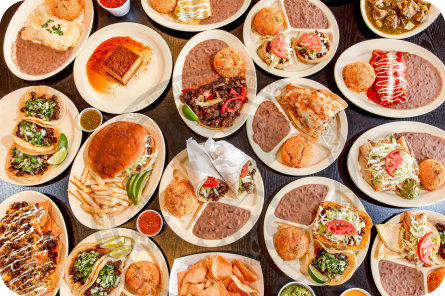 We make our food fresh every morning in our kitchens.  El Paisa takes pride in making "serious tacos" authentic of what you would find at taquerias in Mexico.  The recipes have been handed down through the El Paisa family and are served up at each of the metroplex locations.

If the real taste of Mexico is what you are looking for then El Paisa is the place!

The Story of Emiliano Zapata 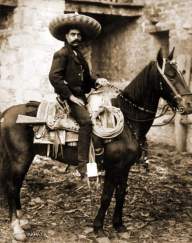 was a leading figure in the Mexican Revolutionary War in 1910 and defender of the rural poor. As a mestizo peasant, he was orphaned at age 17 and took responsibility for his eight brothers and sisters. Since childhood, Emilio gained insight into the severe difficulties of the countryside. The social system was a pseudo proto-capitalist feudal system, with large estates (haciendas) controlling more and more of the land and squeezing out the independent communities of the people who were subsequently forced into debt slavery (peonaje) on the haciendas. Zapata led his neighbors, called the Zapatistas, in protests against the hacienda that had appropriated their land and eventually led them in taking the land by force. Zapata's influence is still seen today in Mexico where to many Mexicans, specifically the peasant and indigenous citizens, Zapata was a practical revolutionary who sought the implementation of liberties and agrarian rights. Zapata was noted for fighting for ¡Tierra y Libertad! (Land and Liberty).